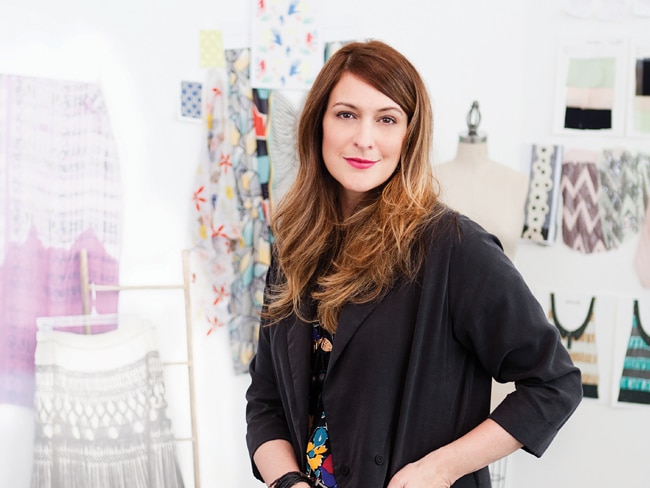 Corey Lynn Calter’s fashion career began at a young age when she inherited a sewing machine from her grandfather, who was an Italian tailor. As a teenager in Philadelphia, Corey began to make her own clothes, influenced by her mother’s eye for color as an interior designer, as well as Philadelphia’s punk culture. Reflecting on her fashion beginnings, Corey says, “Fashion was what brought me to the punk scene… the Victorian influence has always appealed to me, too. In vintage stores I discovered granny boots and corsets.”

Corey attended a high school focused on the arts and went on to New York City’s renowned Fashion Institute of Technology where she won an award for Best Women’s Sportswear. After graduation, she was discovered by Sex and the City stylist Patricia Field in an outfit she designed herself. Captivated by her style, Field asked Corey to design for her boutique, where Corey began to develop her own line at the age of 19. From there Corey designed clothing for various theatrical productions ranging from The Joffrey Ballet to Broadway shows to the San Francisco Opera. During this part of her career, Corey “learned how to fit people’s bodies from a big opera diva to a skinny ballet dancer.”

With a wide range of fashion design experience, Corey moved to L.A. to launch her first label in 2000. Her designs are known for “beautiful, edgy dresses and separates… featuring flattering cuts and brilliant twists on classic silhouettes.” Her distinctive styles can be found in over 200 stores. 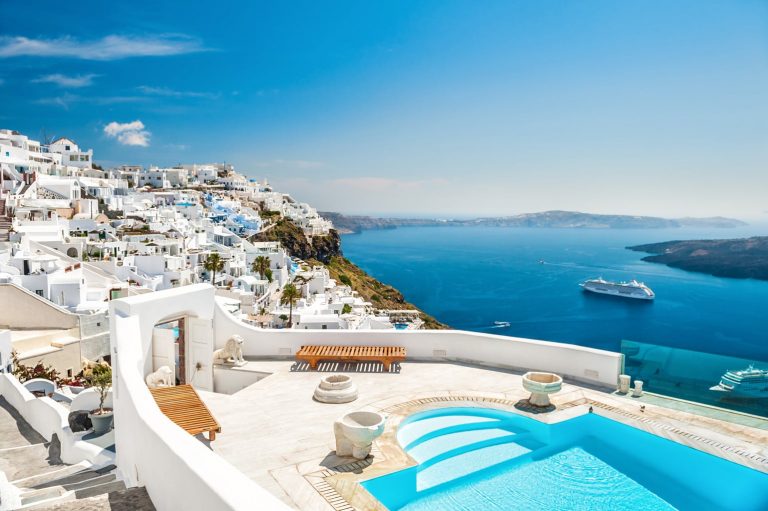 Whether it’s Italy, Spain, France, or England, packing for a summer vacation to Europe is no easy task. The last thing you want to do is overpack, or worse, stick out like a sore thumb because you didn’t get the memo that cowboy boots and sports jerseys are only okay to wear in America. Lucky… 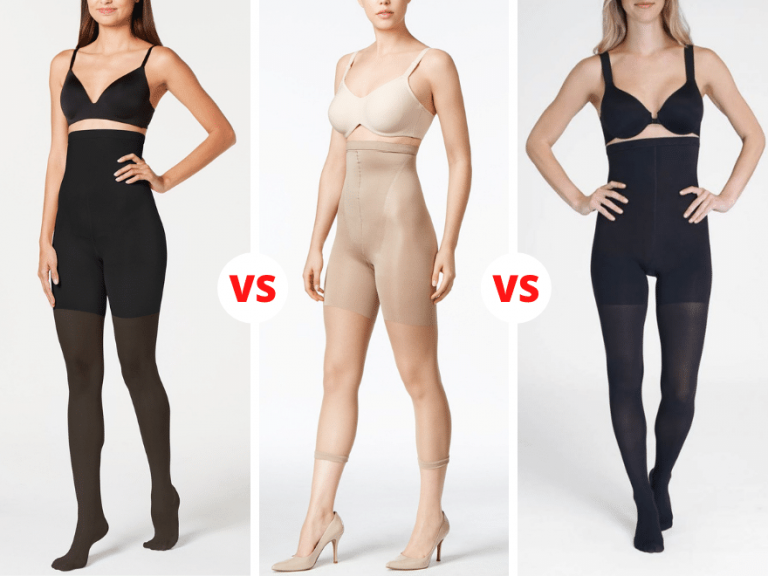 Let’s face it, finding a great pair of tights that are comfortable and make you feel your best might take some time. Not only do they make your legs look chic and sophisticated, but they also help you shape your figure like no other undergarment. Tights are often thought of as ill-fitting undergarments that only… 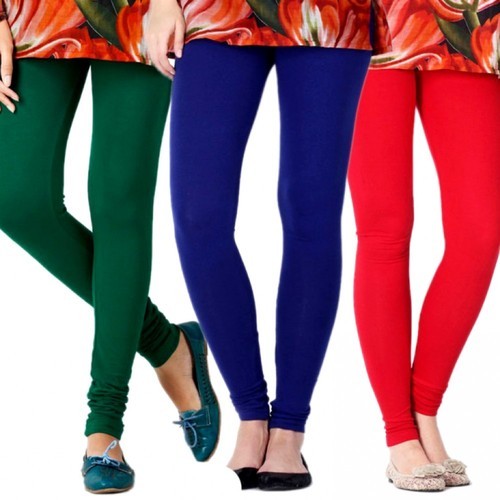 Leggings are tough. They’re in, they’re comfortable, they’re versatile; but they’re incredibly hard to style (unless you’re going to the gym). It can be hard to feel totally covered in leggings even though you’re not showing any more skin than you are in jeans! Here are some styling ideas to help you rock this trend….

Let’s be honest, Halloween isn’t the most, um, stylish holiday. Think about it – orange and black isn’t exactly a fashionable color combination, and when are you ever going to wear that witch’s hat again? We know the spooky costumes and crazy hair and makeup are half the fun, but we’d like to add some… 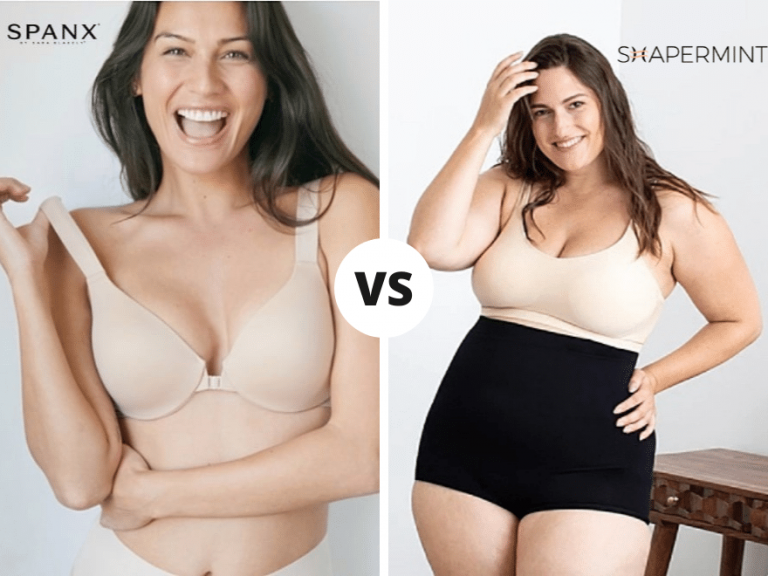 Shapermint and Spanx are two of the most successful shapewear companies, but are they on the same level? How to decide which brand offers the best shapewear? You may feel overwhelmed if you’re searching for the best shapewear brand, especially since there are endless options that make the same promises. But don’t worry! We took… 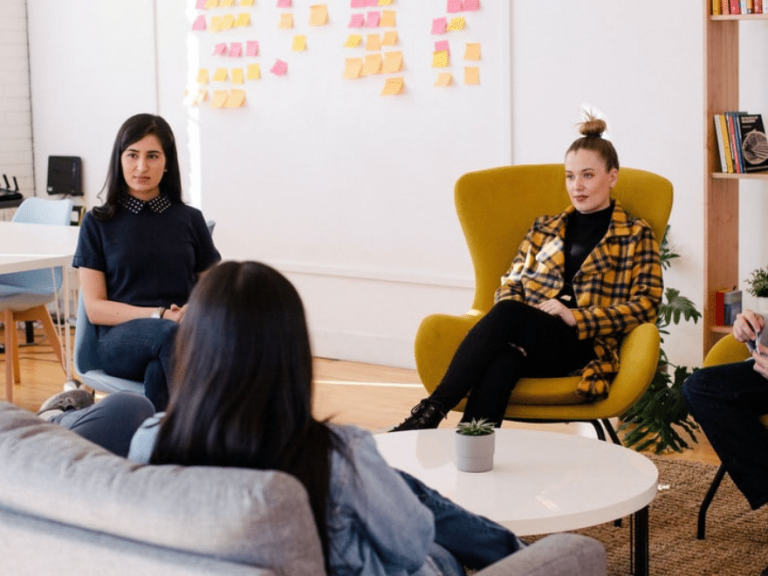 What To Wear to an Interview Interviews are tough. You usually have about an hour (at most) to convince someone you’ve just met that you’re a great fit for their position. In the midst of perfecting your resume and preparing for the questions you think they’ll ask, the LAST thing you want to worry about…